Sweet City Blues breaks onto the Bay Area music scene with monster guitarist/saxophonist Paul Branin teaming up with vocalist Donna Spitzer and a host of accomplished local musicians to bring to the stage a richly eclectic and joyful repertoire of Blues and Rock.

Paul Branin has worked and toured with Levon Helm and backed up Bob Dylan, Bruce Springsteen, and others while working with Levon, as well as playing with Rick Danko and Garth Hudson of The Band. He’s worked with jazz legends Jimmy McGriff, Hank Crawford, and Jack DeJonette. Paul wows his crowds with jaw-dropping solos to rival that of the best guitarists of our time.

Following engagements at The Hotel Alpha Playboy Club in Japan, Donna Spitzer has appeared locally at the The Starlite Room of The Sir Francis Drake Hotel, as bandleader at The Terrace Bar of The Claremont Resort Hotel, at Pearl’s, Cetrella, the no name bar, Joe LoCoco’s, Hotel Mac, The Mason Street Wine Bar, Harry’s, The Dock, The Union Hotel, Mulhern’s, 19 Broadway, Half Moon Bay Ritz Carlton. She has entertained for numerous major corporate affairs, fundraisers, country club functions and galas in a career that has spanned three decades. A longtime favorite for local parties and galas, Donna is the bandleader and lead vocalist of the popular variety dance band, The Full Tilt! Band. 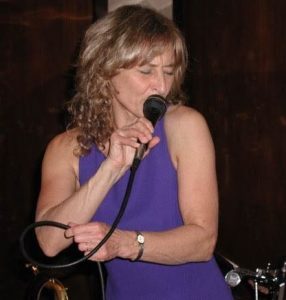 Get Up On the Dance Floor With Sweet City Blues!